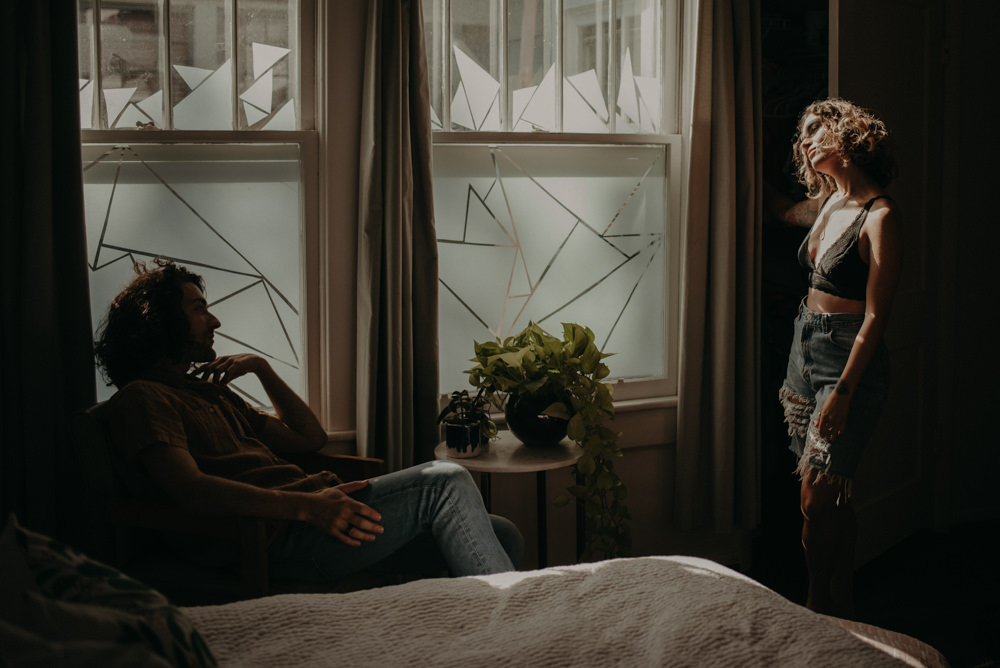 “Gabriella and Josh have the kind of love French indie films would be envious of,” says Taylor English, a wedding, portrait and lifestyle photographer based in Chattanooga, Tennessee. She knew when Gabriella requested a session with English that it would be a vulnerable and honest portrait shoot.

“She told me she wanted to shoot in the bedroom of her studio apartment where they had spent so much time falling in love and existing together, and that the light was best at 9 a.m.,” English explains. “When I arrived, she and Josh were sipping coffee as light streamed through the geometric grid of their window privacy screens.”

English had Josh sit in the chair in the bedroom next to the windows while Gabriella waited in the kitchen. Then, she says, “I stepped behind the bed to frame the scene as Gabriella naturally began walking towards Josh, telling him just how beautiful he looked, while he told her the same. At that moment, the light cut through onto Gabriella, and I exposed for the highlights on her, casting Josh into shadow. I told them to hold just like that as the magic unfolded, while they kept whispering sweet words to each other with the space between them.”

Get back with Booking.com