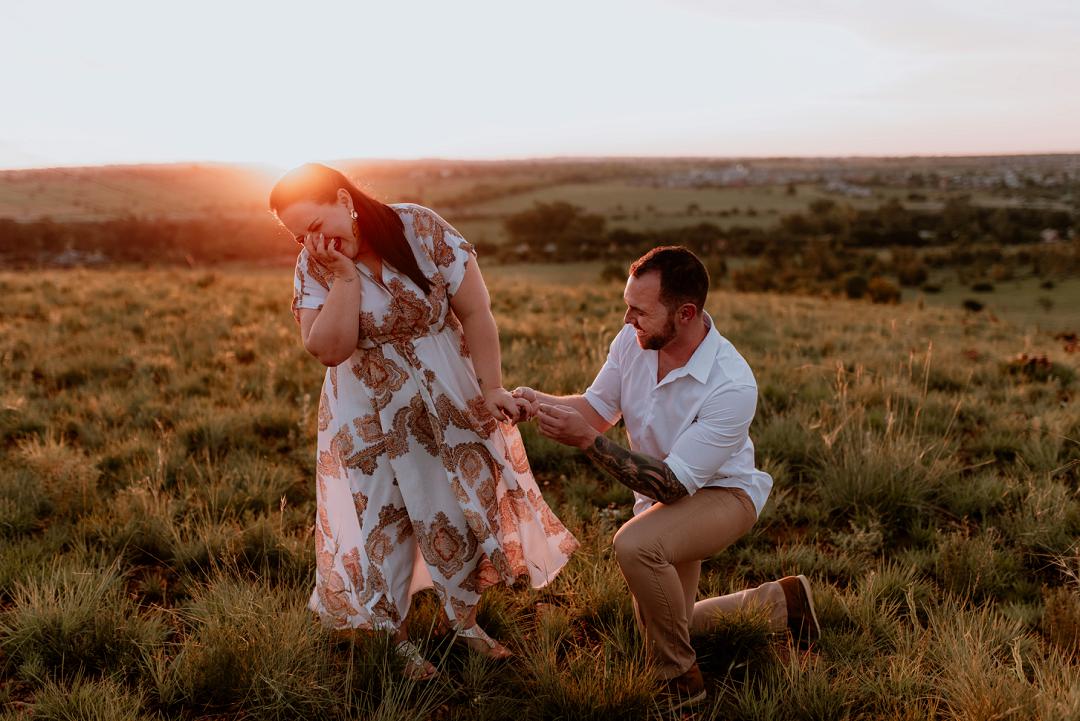 The Story Behind the Pretend Proposal Shot | Rangefinder

It might look like this guy is getting down on one knee to propose to his girlfriend, but these two were actually already engaged when this photo was taken, say Arno and Nina, the photography duo behind A Bear Photography, based in South Africa.

Later, the four of them were laughing together and joking around during the couple’s engagement shoot as they waited for the sun to go down. “We felt like old friends, hanging out and almost crying from laughing at each other’s jokes,” Arno and Nina say. In the meantime, they slipped off her engagement ring and carefully placed it on a branch so that they could get some close-ups of the piece.

When they gave it back, they jokingly told him to propose to his fiancée again—and he did. “She thought it was hilarious, with him being all dramatic and stuff,” the photographers say. “Afterwards, we showed them the picture and we all laughed together,” upon realizing it’d look like one of the best proposals captured on camera.

The post The Story Behind the Pretend Proposal Shot appeared first on Rangefinder.