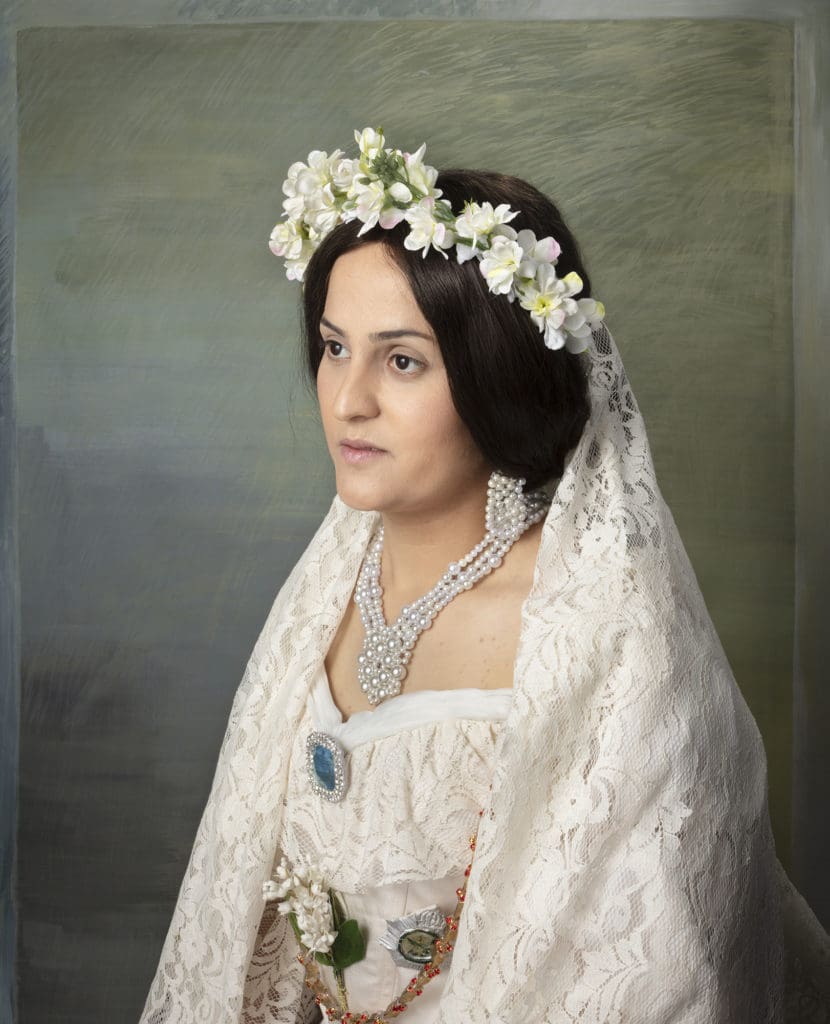 When Romanian photographer Horia Manolache assumed the challenge of what he calls finding balance on the verge of history, his ambition, he says, was to cross the spacial and time borders at once.

“I began photographing people who have uprooted themselves from their homes because of war, poverty or lack of prospects and reached countries very different than their own under a refugee identity,” he explains. “I then complemented their physical travel with an opportunity to travel through time under a royal identity.”

In other words, he recreated paintings of European kings and queens (ten in all) using as his subjects immigrants posed in royal garments to show, “that history could have been different and we could have been them.” Featured here, one of his subjects, posed as Queen Victoria from 1847 in a wedding veil as painted by Franz Xaver Winterhalter.

Read more and see the rest of the stirring portraits—including Queen Mary of Romania based on the painting by Philip de Laszio and Peter the Great by Paul Delaroche on the Repainting History website. This project was realized with the support of The Administration of the National Cultural Fund.