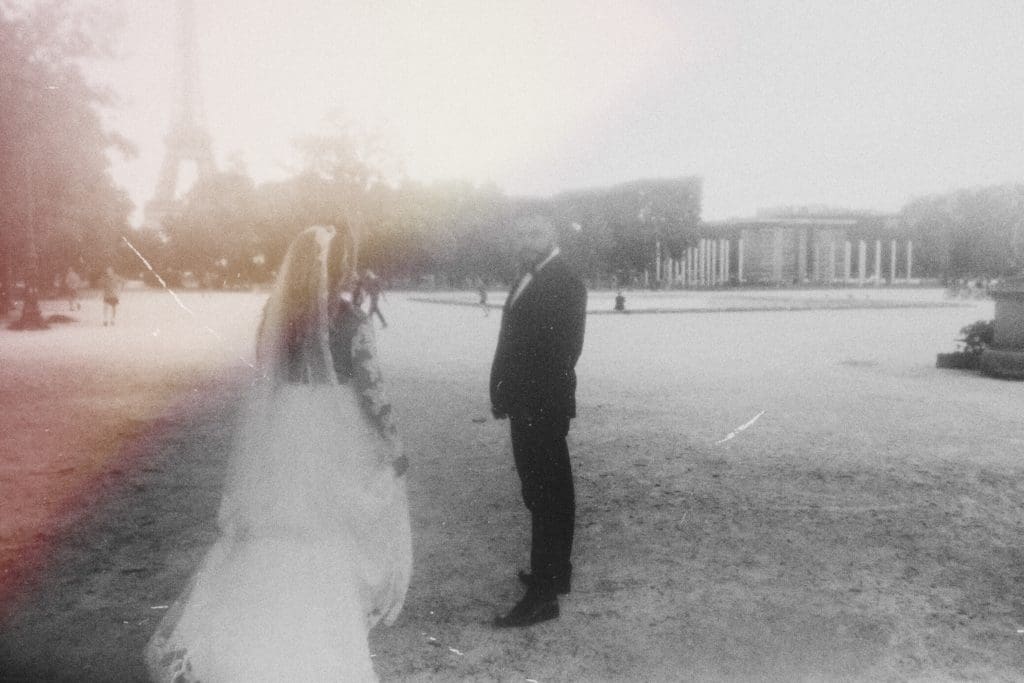 Though this looks like a photo taken on the couple’s wedding (or early morning), this was actually their one-year anniversary. To commemorate their first year in marriage, they dressed in their wedding attire and flew Boston-based photographer Marilia Lima out for a portrait session in Paris.

“The morning we arrived in Paris,” Lima recalls, “we went to a restaurant and the bride ordered ice-cold Bailey’s and a hot expresso shot on the side and mixed it together herself. The drink looked inviting, the weather was so toasty, I was jet-lagged and since I’m a fan of coffee, I decided to order one too. Love at first sip!”

The couple was down to try anything for the shoot, Lima says, so they didn’t bat an eye when she used a dirty plastic bag found on the street and a candy wrapper from her pocket to give this photo its hazy effect. “I do shoot with film often, but I’ve been trying to create a similar concept with digital, which I find very difficult to imitate because there is nothing like film.”