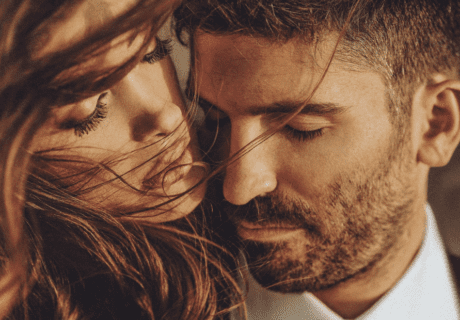 Eye-Catching Portraits and Photos of the Week

With Valentine’s Day just a little over a week away, we zoom in on images of couples in love, photographed in ways that are inventive, romantic, humorous and memorable.

“We had always wanted to try one of these burning steel wool photos, but we were never able to do it in Colorado because it’s so dry here,” says Jesse La Plante of J. La Plante Photo, which he runs with his wife Moira. “A couple years ago, we had a backyard wedding in Lincoln, Nebraska, where it’s much more humid and, in turn, less risky. The couple had a huge backyard, so we gave it a shot. Long story short, my favorite thing about this photo is simply the fact that we were able to finally make it happen after all these years.” 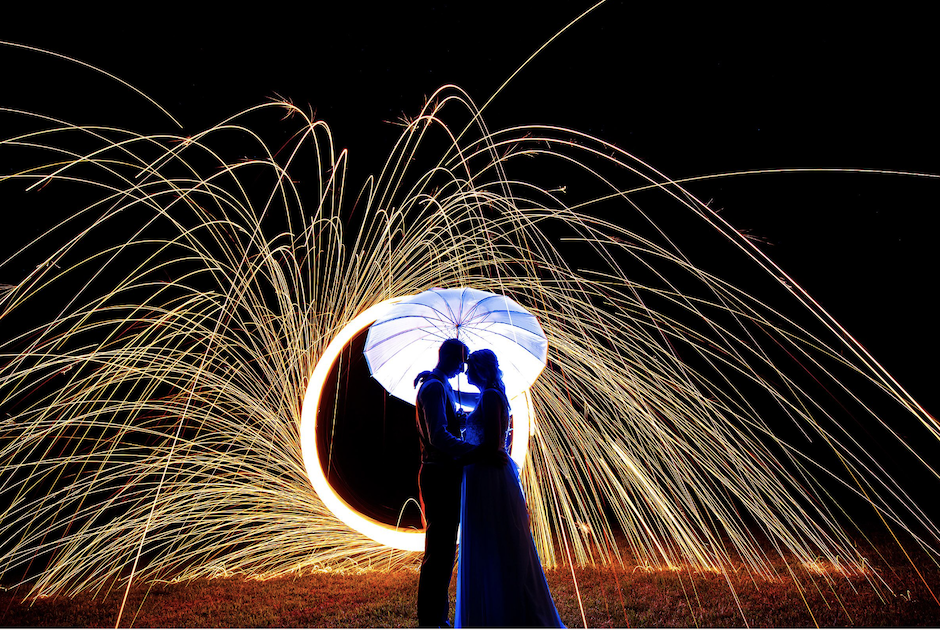 Jesse continues: “Our first and foremost concern was safety. Even though there was nothing combustible nearby and there was zero wind, we still had buckets of water and fire extinguishers on-hand, just in case. From an execution standpoint, we placed the steel wool inside of a whisk, attached the whisk to the end of a rope, lit the steel wool on fire and spun it around in a circle behind the couple. With the camera on a tripod, we released the shutter to capture the motion of the burning steel wool. We also popped a flash at the rear curtain of the exposure to backlight the couple/umbrella.” See more of Jesse and Moira’s images on World’s Best Wedding Photos’ website.

This next image is by John Makris, taken in Athens, Greece. “I love the connection of bride and groom,” he explains. “Their faces are like a puzzle and the ‘fire tones’ from the golden hour sun create a great mood and amazing colors.” 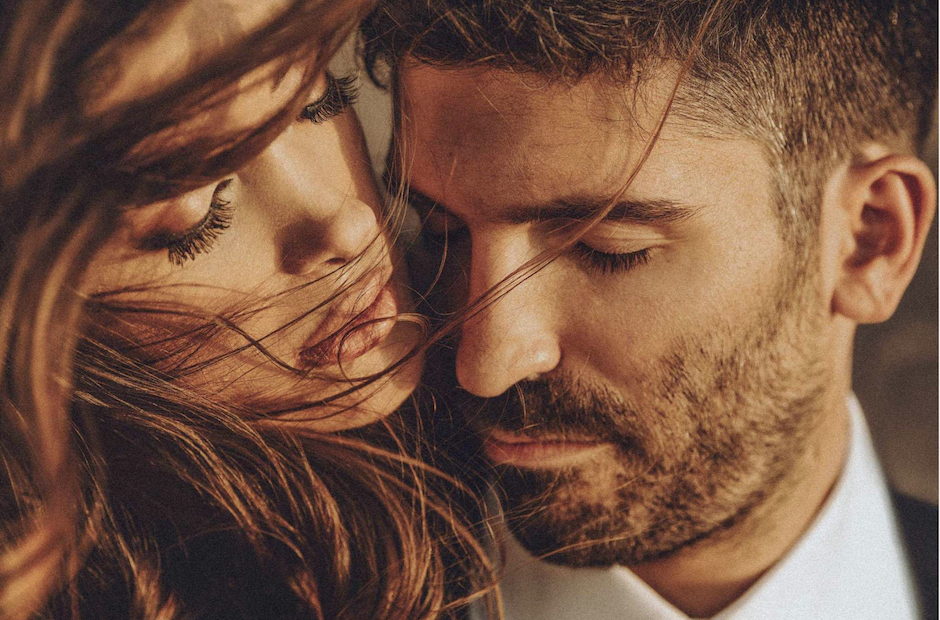 Makris continues: “I love doing closeups of couples in love. I think it is the best way to show passion and connection between two people. Usually I pose my couples in a way that the air comes from the same position of the light source. But in this one, I did the opposite because I liked the way bride’s hair helped my composition, and I believe that the impact of the image got greater in this way.” We agree! You can view more of Makris’ images on the World’s Best Wedding Photos website here.

Dee Kamp of Finder Seeker Photography in Melbourne, Australia, has just been named Grand Prize Winner in the 6th International Wedding Photographer of the Year (IWP) competition with this image below.

Kampe beat out more than 1,700 images submitted across 10 categories by over 330 wedding photographers worldwide. “After a year of being in and out of Melbourne’s notorious Covid-19 lockdowns, Liana and Jono’s wedding was my first wedding post-lockdown and this image is all the more sentimental to me for that reason,” Kampe explains.

“We were setting up for portraits when a strong gust of wind unexpectedly took off with Liana’s veil. While Jono went racing after it, Liana, amused by the whole debacle laughed and embraced the situation for what it was. I instinctively began photographing and this frame was captured a few seconds into the veil’s escape.” 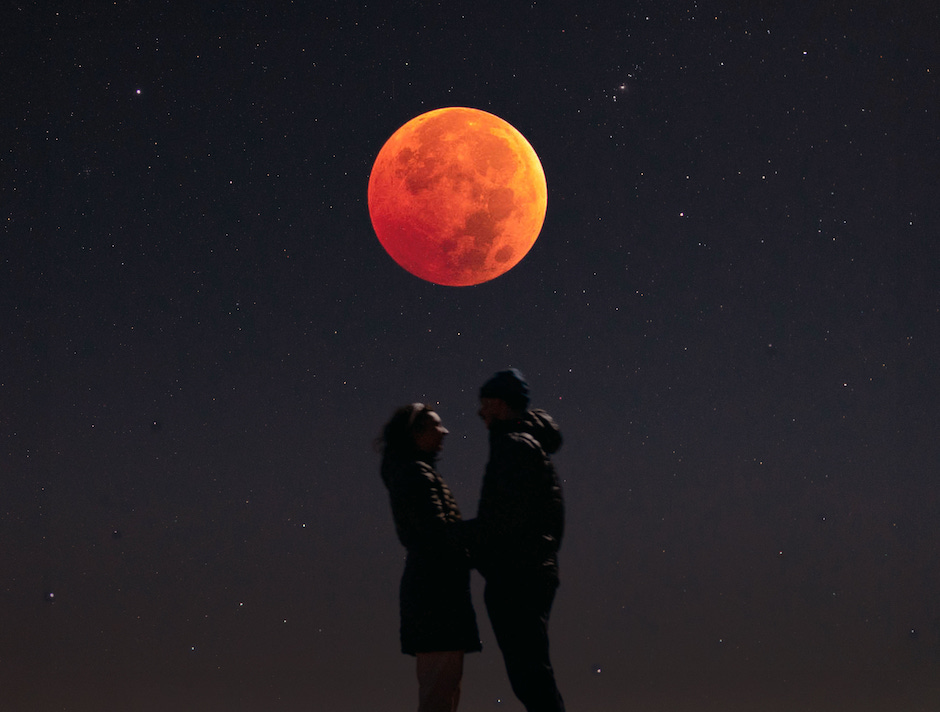 Edwards says the couple drove from Texas to Sedona for their elopement and the night they arrived to start their multi-day elopement just happened to be the night of the full blood moon. “We started their adventure hiking that morning only a few hours after the moon set,” she explains, “however, star photos and night images was really important to this couple. With a once-in-a-lifetime opportunity, I got up several hours before I needed to and took this photo of the moon. Then, on the first night of their elopement on our hike out from the route they had climbed, I snagged a few night images that would go well with the moon image.”

Mauro Cantelmi of Dezine by Mauro always finds a way to take a typical wedding shot—in this cake the cake cutting moment—and turn it into something unique and memorablel. 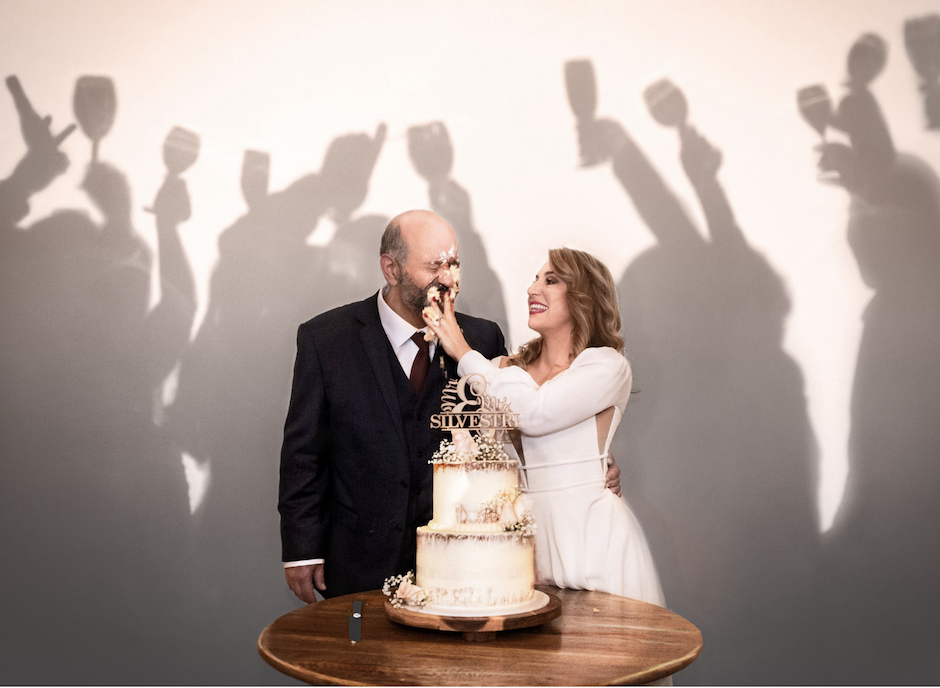 Cantelmi says that like a lot of his images of couples in love, this one started with a simple idea but that “the personalities and interaction of the subjects” is what makes it come alive with a genuine narrative.

Dig into our Photo of the Day archives for even more eye-catching wedding photos and portraits with great visual impact. Submit your wedding, editorial, documentary and other interesting imagery to: jacqueline.tobin@emeraldx.com.

The post Eye-Catching Portraits and Photos of the Week appeared first on Rangefinder.

Wet To Styled How To | #ghdduetstyle

What makes a feed