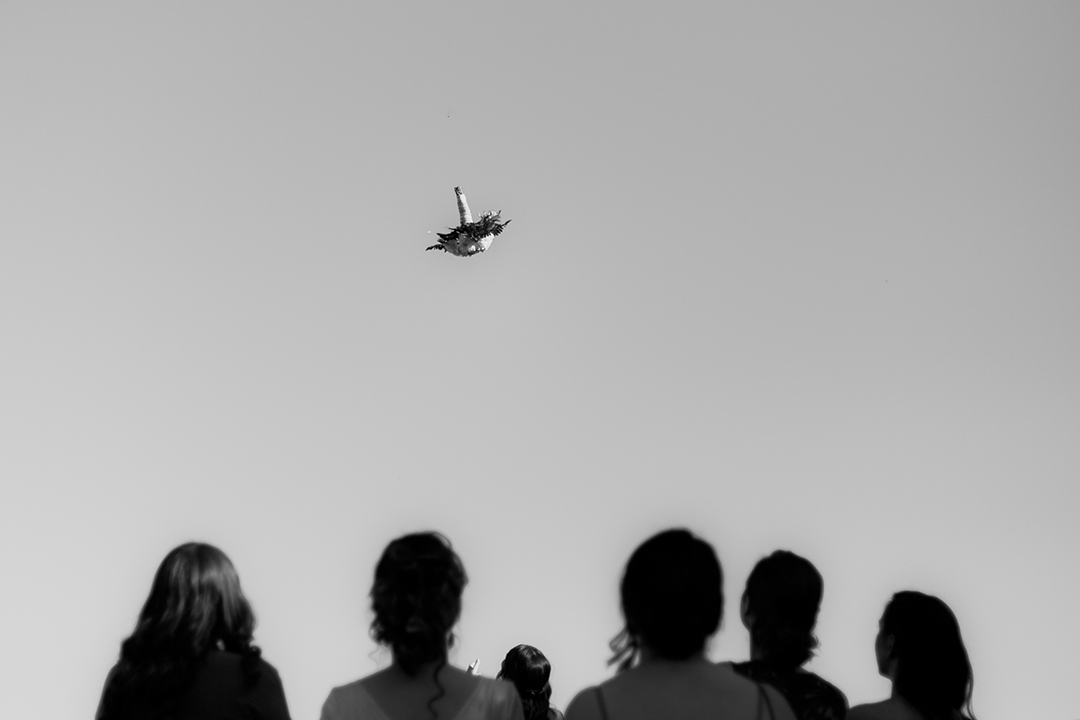 I’m drawn to this photo of a classic wedding bouquet toss for its minimalist storytelling (and aesthetic) elements, but wedding photographer Elena Lazuli, who’s based in the Serbian capital, Belgrade, particularly loves this one for its backstory:

When the bride was getting ready to throw her bouquet over and behind her head, Lazuli noted that of the ladies standing and waiting to catch it, one of the bridesmaids was missing. “Still, the bride threw the bouquet and it fell to the ground,” she recalls. “This was the first time I had the chance to shoot a second throwing of the bouquet!”

Taking advantage of getting another chance to shoot a one-time wedding tradition, Lazuli decided to switch up her perspective and duck behind the waiting women. “Through my lens, I watched it fall and I saw that the second attempt was going to end the same as the first one,” she says.

Finally, the bridesmaid that had been missing joined the group, “and it was obviously the girl the bouquet was meant for,” Lazuli says. “That is when this photo was made. They say the third time is a charm and it definitely was! A few months later, she was the one walking down the aisle.”

Check out more Photos of the Day, and email submissions to RF’s senior editor at libby.peterson@emeraldx.com.