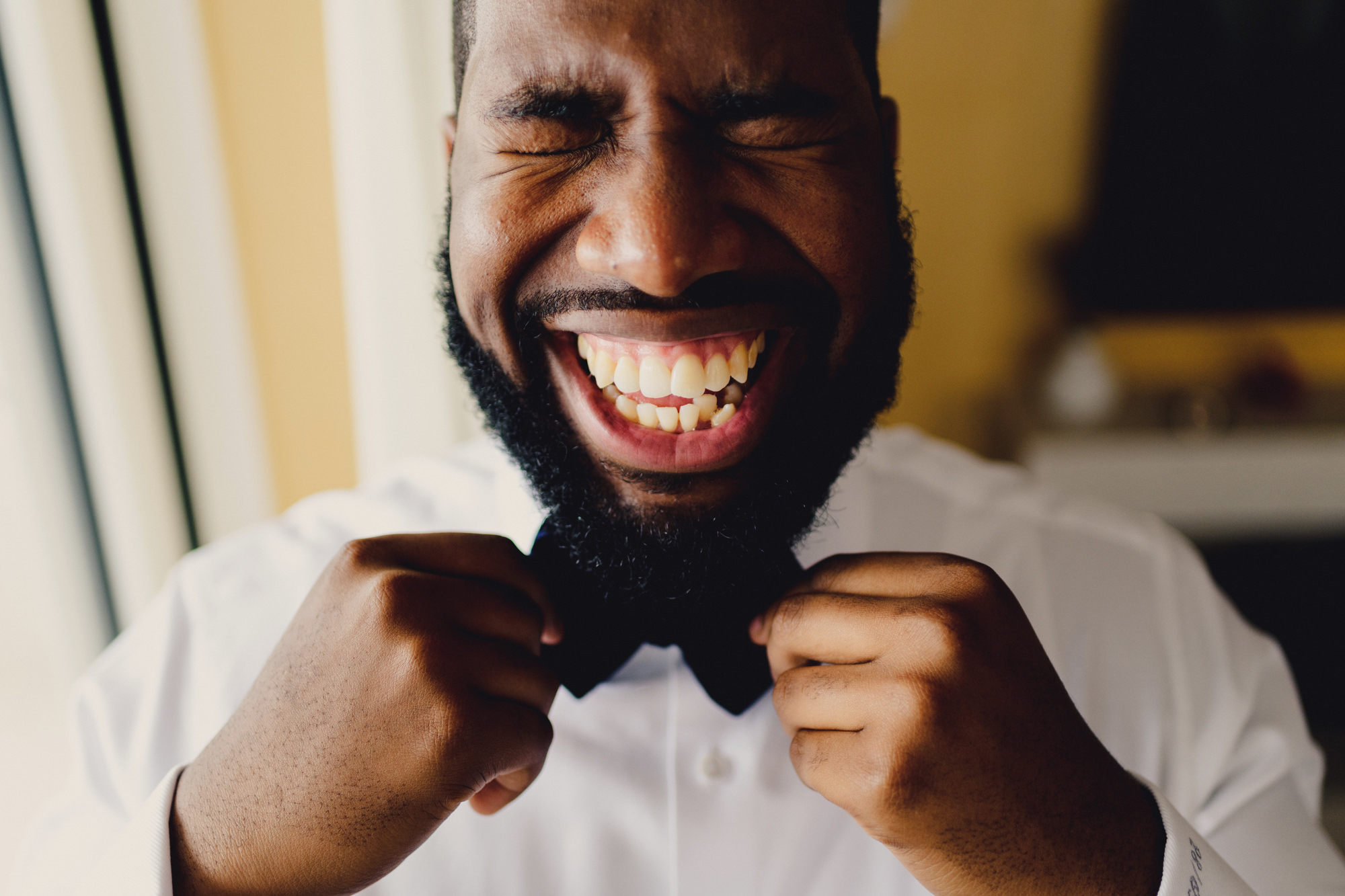 A Groom Getting Ready for His Closeup | Rangefinder

Kenny is just one of those guys that everyone loves, according to his wedding photographers, Ash and Mick, of MIKI Studios in London. Which is why, when it came time to take an image of the groom getting ready, says Ash, nothing much more than Kenny’s great smile was needed.

“His larger-than-life personality is infectious and heartwarming, and his smile will live long in my memory,” says Ash. “The back story here, though, is a fairly funny one that makes the image even more perfect and makes me smile every time I see it.”

As Ash tells it, during Kenny’s wedding to Abi in Montenegro, he spent some significant time with Kenny and so for the expected groom getting ready shots, he captured several shots of Kenny putting on his bow tie. “Kenny is a tall guy,” says Ash, “but I am not so tall, so the perspective of looking up at him as he put his bow tie on wasn’t good for photos. I noticed he stood near a sofa so I climbed on it to get high and get a more level perspective.”

“When he heard my shutter go off he opened his eyes and discovered he was staring right at my crotch, which made him react like this!”

Check out more Photos of the Day, and email submissions to RF’s editor-in-chief at jacqueline.tobin@emeraldx.com.

The post A Groom Getting Ready for His Closeup appeared first on Rangefinder.

Makeup Tips: How to use Blusher // ARTDECO